This discrete garden room adds another layer of history to a house that has been added to for over 600 years.

The Grade II listed building is a traditional Wealden oak framed house – which is notable for the fact that the frame is over 600 years old. The building was altered internally in the 17th century and again in the 19th century with the addition of weather board cladding and a brick and slate rear range. Our addition uses reclaimed bricks to create a contemporary garden room. The roof scape is varied with a traditional peg tile half hipped roof to the medieval building, with a shallow slate roof to the Victorian addition. Our intervention adds a third roof type, a low planted roof with roof lantern that doesn’t compete with the older buildings whilst at the same time asserting its own aesthetic. 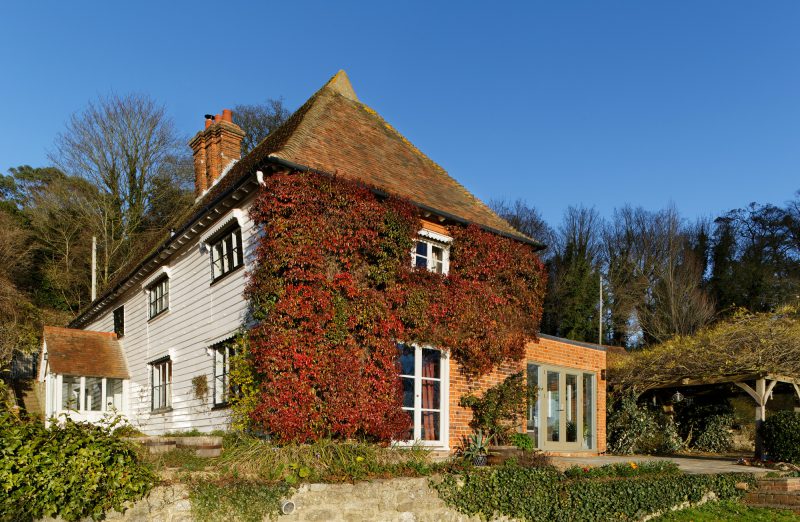 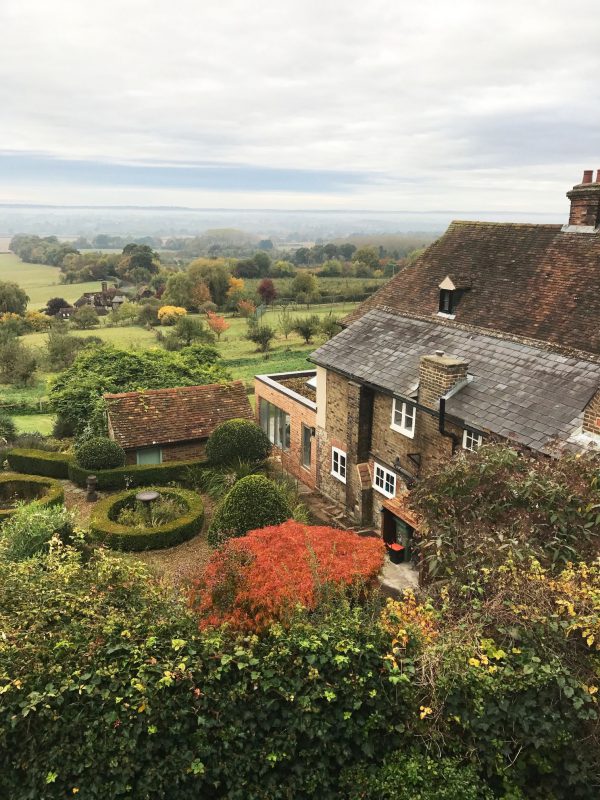 The brief was to create a warm garden room to over winter delicate plants that could be used all year round. Triple glazing maximises views out whilst still tempering the internal environment.

The materials used take their cue from the existing house. The red reclaimed bricks match those of the gabled south façade provide continuity across the building. Lead copings were specified to soften the feel of the building and flagstones were reused to create a new sun terrace to the south of the house. 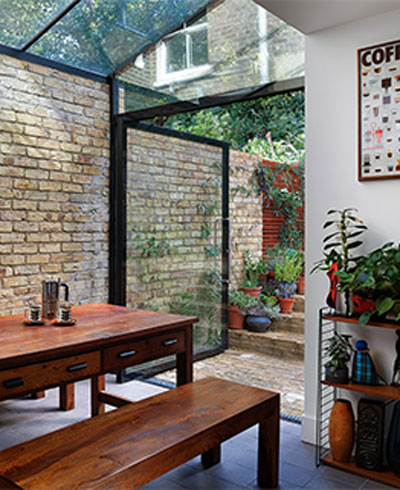 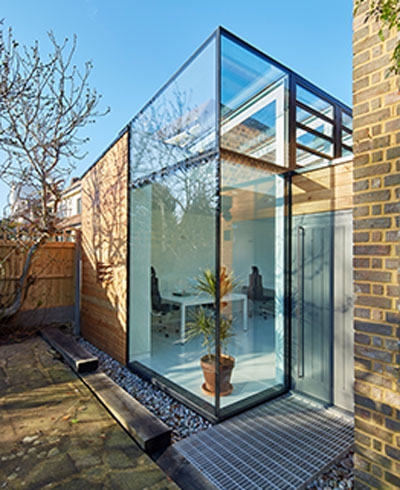 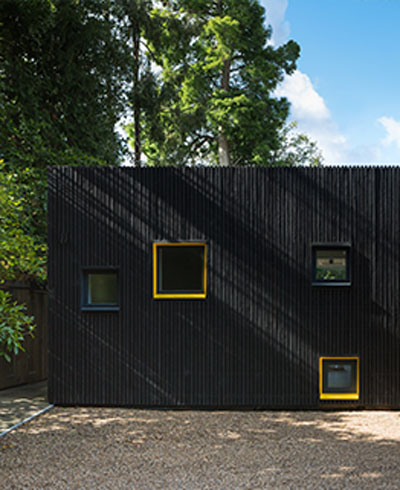 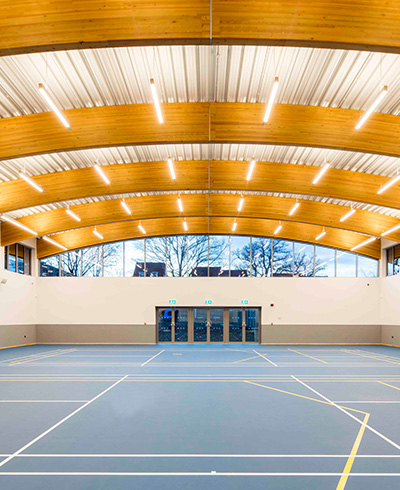